Nantkwest Inc (NASDAQ: NK) stock surged by whopping 91.01% on 13th January, 2020 (Source: Google finance) after the company’s experimental cancer therapy had shown a dramatic result in one patient with pancreatic cancer during an early-stage clinical trial. One patient that had metastatic pancreatic cancer had their tumors got eradicated, after treatment with the company’s experimental immune-system-based therapy. The patient had previously been treated unsuccessfully with other drugs and was part of an 11-person trial. Therefore, in the first 10 patients in the trial had partial responses, though not a complete eradication of the tumors, but the 11th patient who had received an advanced form of the therapy that was engineered to target the PD-L1 antibody that shields cancer from the immune system had all signs of the cancer eliminated. 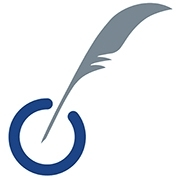 The findings was build on results released last month in patients with triple-negative breast cancer, which is a difficult-to-treat form of the most common type of tumor found in women. Two of nine women treated with a cocktail of medicines that included NantKwest’s off-the-shelf version of the immune system’s “natural killer cells” and an IL-15 superagonist from closely held ImmunityBio had a complete response to therapy.

Moreover, the company had also announced results from their Phase 1b trial investigating a novel, first-in-human immunotherapy protocol consisting of NantKwest’s off-the-shelf, antibody-targeted NK cells (haNK) combined with ImmunityBio’s IL-15 superagonist (N-803), low-dose metronomic chemoradiation therapy, adenoviral and yeast tumor-associated antigen vaccines (MUC1, brachyury, CEA) and a PD-L1 checkpoint inhibitor in patients with metastatic triple negative breast cancer (TNBC) who had relapsed after prior therapy. This landmark study is the world’s first trial to combine cellular therapy with checkpoint inhibitors and IL-15 cytokine stimulation, as well as with adenoviral vectors, all will be acting in concert to induce immune simulation of both NK cells and T cells. The FDA had granted the company IND authorization to start with this novel immunotherapy trial enabling the safety and efficacy study of multiple novel biological agents administered as a single protocol in the outpatient setting.

Meanwhile, as of September 30, 2019, the company had an accumulated deficit of approximately $646.6 million. The company also had negative cash flow from operations of about $46.5 million during the nine months ended September 30, 2019. The company anticipates that it may need additional capital to further fund development of, and seek regulatory approvals for, the product candidates, and to begin to commercialize any approved products.