Bio-Rad Laboratories, Inc. Class A Common Stock (NYSE: BIO) stock rose over 2.2% on 14th Feb, 2020 (As of 10:30 am GMT-5; Source: Google finance) as the company posted decent results for the fourth quarter of FY 19. During the quarter, the company had experienced a cyberattack on their network on December 5, 2019. The company however immediately took affected systems offline as part of the comprehensive response to contain the activity. the company has since resumed normal operations, although this occurrence did have an impact on sales and operations during December 2019. The company has reported Net income for the fourth quarter of 2019 of $553.5 million, compared to a net loss of ($828.5) million, during the same period in 2018 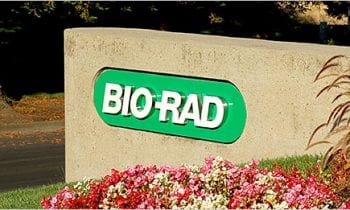 Moreover, Life Science segment delivered the net sales for the fourth quarter to $242.0 million, which is an increase of 1 percent compared to the same period in 2018. On a currency-neutral basis, Life Science segment sales rose by 1.8 percent compared to the same quarter in 2018. Currency-neutral sales growth was mainly due to the growth of Process Media, Droplet Digital PCR and Food Safety products. On a geographic view, the sales increase was due to growth in North America and Europe.

Clinical Diagnostics segment delivered the net sales for the fourth quarter were $379.0 million, which is an increase of 1.6 percent compared to the same period in 2018. On a currency-neutral basis, the net sales were up 2.8 percent compared to the same quarter last year. Currency-neutral sales were mainly due to Diabetes, Quality Controls, Autoimmune, and Blood Typing products. Sales growth during the fourth quarter of 2019 was due to the growth in Asia and the Americas.