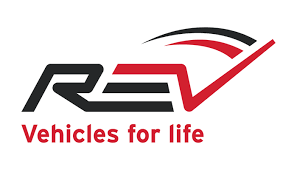 Meanwhile, during the quarter, the company decided to divest its partnership interest in REV Coach LLC, a joint venture with Daimler to distribute Setra motor coaches in North America, to Daimler for an undisclosed amount. The deal is anticipated to close by the end of the first quarter of fiscal 2020.

Moreover, the Company has reduced net debt by $35.4 million during FY19. Cash and cash equivalents were of total $3.3 million at October 31, 2019. The company’s net debt stood at $373.3 million and the Company had $225.7 million available under its ABL revolving credit facility as of October 31, 2019. The cash from the sale of other assets of $24.0 million also contributed to the debt reduction within the fiscal year. REVG incurred the Capital expenditures in the fourth quarter 2019 of $6.7 million compared to $8.7 million in the prior year quarter. In addition, the Company had reached an agreement with its banking partners during the quarter to adjust its net debt to EBITDA financial maintenance covenant to 4.0x from 3.5x through the end of the third quarter 2020.