The Swiss franc is gaining against its major currency rivals at the end of the trading week as investors continue to seek refuge in the traditional safe-haven asset. Despite the central bank’s best efforts to place a ceiling on the currency’s appreciation, the franc is still an appealing option for traders wanting a hedge during this global market uncertainty.

On Friday, the Swiss National Bank (SNB) sold $1.27 billion in its US dollar auction as part of its initiative to inject liquidity into the nation’s banking sector. This week, the SNB sold about $8 billion at an interest rate of 0.32%. Switzerland and a handful of other major central banks, including the Federal Reserve and the European Central Bank (ECB), initiated a coordinated effort to boost dollar liquidity during the COVID-19 pandemic.

This comes days after the SNB’s holding of overnight funds for commercial banks surged by the biggest amount in five years. In total, sight deposits climbed to $623 billion to $649 billion. This is yet another indicator that the central bank is trying everything to pump money into the Swiss economy.

Switzerland may not be dominating international headlines like the US, Spain, and Italy, but the country is quickly becoming a coronavirus hotspot. The nation has approximately 20,000 confirmed cases, including more than 600 deaths. Late last month, the Swiss government announced a nationwide lockdown that has taken a heavy toll on industry.

The manufacturing purchasing managers’ index (PMI) plummeted to 43.7 in March, down from 49.5 in the previous month. The March inflation rate was relatively unchanged, coming in at 0.1%. Retail sales clocked in at a better-than-expected 0.4% increase. 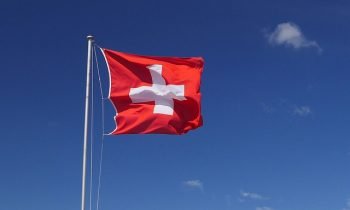 The KOF Economic Barometer cratered to 92.9 last month, the lowest level in more than five years and well below the long-term average of 100 points. It is an important metric because it alludes to the projected performance of the economy over the next six months.

Michael Graff, head of economic forecasting at KOF, told Reuters that he believes the barometer will crash to as low 60 points in the coming months as the country slips into a recession.

There will be a big recession and a big loss of GDP, but how bad we do not know. To determine what will eventually happen is outside the realm of economics and more in the realm of virology and politics.

It’s a safe bet to say we will see a decline in the readings next month as more people work from home and many companies don’t respond because they are not operating at the moment, so we will have a bias here.

In the end, he anticipates manufacturing and tourism to be most affected, while financial services and pharmaceuticals would be unscathed.