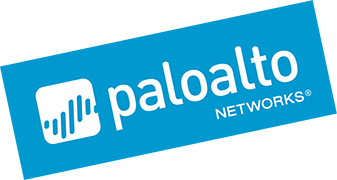 Meanwhile, PANW has signed a definitive agreement to acquire Zingbox, an IoT security company, for a total purchase price of $75 million, subject to adjustment, to be paid in cash. The proposed acquisition is expected to close during Palo Alto Networks fiscal first quarter of 2020, subject to the satisfaction of customary closing conditions. Zingbox’s cloud-based service and advanced AI and machine learning technology for device and threat identification capabilities will accelerate Palo Alto Networks delivery of IoT security through its Next-Generation Firewall and Cortex platforms. Once combined, Palo Alto Networks will offer IoT security with best-in-class visibility and automated in-line prevention, all integrated with the Next-Generation Firewall and Cortex platforms. The number of connected devices in enterprises is growing exponentially, yet most of these devices are unmanaged and pose a security risk. Current IoT point products mostly focus on device profiling and inventory, not on detecting or stopping sophisticated attacks. Organizations are forced to integrate multiple IoT security products across different vendors, introducing complexity, higher cost, and manual effort.

On the other hand, PANW stock fell on the news that its head of sales is leaving. Dave Peranich, executive vice president of worldwide sales, will leave the company in September. The company is currently seeking his replacement. Palo Alto Networks has seen a number of its top seats change hands in recent months. In June 2018, the company replaced its former CEO Mark McLaughlin with former SoftBank and Google executive Nikesh Arora. In October, it replaced former President Mark Anderson with former Google executive Amit Singh. Former senior vice president and general manager of Americas sales Patrick Blair also left earlier this year.