Shaw Communications Inc Class B (NYSE: SJR) stock fell 0.03% on 14th January, 2020 pre-market session (Source: Google finance) after the company missed the earnings estimate for the first quarter of FY 20. The company’s wireless subscriber base is now more than 1.7 million customers, that includes approximately 67,000 postpaid net additions in the first quarter. In Q1, the company had also began successfully renewing subscribers from the initial December 2017 iPhone cohort. The company is investing to improve the network for the benefit of the Wireless customers. The deployment of 700 megahertz spectrum is substantially complete in Western Canada, and the company plan to be fully deployed in the East by the end of fiscal 2020. 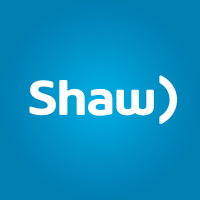 Additionally, on December 9, the company had raised CAD800 million of senior notes, comprised of CAD500 million 10-year notes at 3.3% and CAD300 million of 30-year notes at 4.25%. After this successful offering, the company has completed the early redemption of a total of CAD800 million worth of bonds that were maturing in 2020 and 2021. The company continues to have a fully undrawn five year CAD1.5 billion committed credit facility. The company had repurchased and canceled approximately CAD25 million worth of Class B shares during the quarter.

The company continues to project fiscal 2020 adjusted EBITDA to be in a range of 11% to 12%. Excluding IFRS 16, adjusted EBITDA is expected to rise in the range of 4% to 5%. Free cash flow is projected to be approximately C$700 million for FY 20.