The Largest Electric Car Charging Stations will Come from Ford 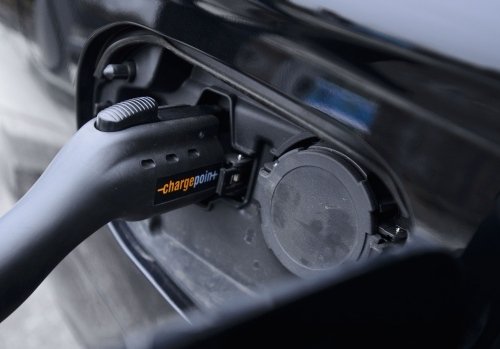 FordPass Charging Network will be supported by advanced charging technology. It offers fast-charging power, which charges vehicle’s battery by about 80% only in 40 minutes.

As discussed above, Ford is not working alone. It takes a number of smart moves to collaborate with other companies, as follows:

Ford also is collaborating with Amazon to sell installation services for home charging units. This is a response to the fact that most customers will prefer charging their electric car at home. The car owners basically use public charging stations when they go for a longer drive. Therefore, the company will also release home chargers, which allow the owners of electric vehicles to charge their car in a hassle-free way.

Ford is seeing the potentials to use app-based services for the users. They will be able to see one of the charging stations by using app. The app will be installed in the touch screen displays of the vehicle. However, the app will be available only for Ford cars. Ford drivers can also pay the charging fees by using the app. There is no need to subscribe separately.

It seems that Ford is preparing the charging stations for its upcoming electric vehicles, including “Mustang-inspired” SUV, which is scheduled to release in 2020. Buyers of the electric vehicles from Ford will enjoy an access to those stations in two years. The electric SUV will be the first from Ford. Actually, design and specifications of the car are still unveiled yet.

Some reports also showed that Ford is also developing an electric version of its F-150 pickup. Ford is moving faster to respond to the increasing needs for charging stations. Is this its move to the “charging war”? Nobody knows for sure. One thing is certain: other manufacturers like Electrify America or General Motors had announced the same plan before.