The U.S. Suggests a $1.25 Million Fine on Boeing for Pressuring Staff at Airplane Plant

On Wednesday, the united states federal aviation management said that it was suggesting a $1.25 million fine on Boeing accusing the company’s management at the companies South Carolina facility of exerting unwarranted pressure on the workers handling safety oversight works on behalf of this agency. 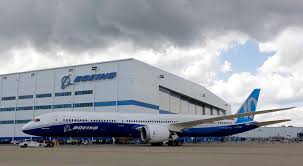 The FAA stated that Boeing managers pressured the workers to carry out various inspections on the aircraft that was not fully eligible for inspections due to different issues. The managers were accused of harassing their staff in order for them to carryout out the inspections quickly by threatening to replace the workers and retaliating against the unit manager for filing undue pressure reports by refusing to interview the manager for a promotion.

The long-standing aspect of delegating some of the FAA tasks to the company has come under lots of criticism following two deadly Boeing 737 MAX crashes that raised questions regarding the program. On the other hand, the FAA in the 2 civil penalty notices said that the aircraft company failed to make sure administrators were in a great position to perfectly represent FAA’s interest with some Boeing managers interfering and exerting undue pressure with individuals undertaking FAA tasks.

The aircraft company stated that the proposed fines are a strong and a clear reminder of obligations based on the Organization Designation Authorization (ODA) program. The company stated that undue pressure is not consistent with their values and should never be tolerated.

Boeing workers that are tasked with the responsibility to handle certification work, also known as the ODA unit members, at the company’s South Carolina facility were recently subjected to unwarranted interference or pressure from the managers from September 2018 until May 2019.

The FAA stated that the pressure came from managers as well as the plants vice president of the 787 operations, the jet deliveries director and one top quality manager, according to the 5-page letter from the companies enforcement division to Boeing’s Beth Pasztor, who’s is an executive in charge of the safety of products and services.

Also, the FAA stated that the company, between November 2017 and July 2019, implemented the organizational structure that never conformed to the ODA procedures with the manager’s unapproved responsibilities.

The letter further stated that the FAA would not be taking any action for the next 30 days in order to allow the company to pay the imposed fine or provide them with additional information.

Boeing stated that in both cases, the allegations were properly reported, evaluated, and disclosed to the FAA and stated that it already took the best corrective action.

In a survey that was conducted in 2016, the report indicated that about 40% of Boeing works are pressured to do some tasks as Microsoft to Make A Quick Move on TikTok Deal After Trump Talks.