The US Steps Up Campaign To Expel “Untrustworthy” Chinese Apps

On Wednesday, president trump said that he is considering stepping up the efforts to expel Chinese apps from the United States networks. The trump’s administration said that the messenger app WeChat and the short video app, TikTok are Significant Threats to the security of the United States. 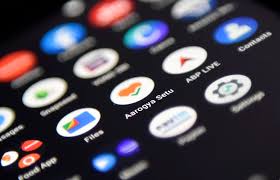 Also, Mike Pompeo, who is the US secretary of state, stated that the expanded US efforts on the program they refer to as ‘Clean Network’ will largely focus on 5 areas and include key steps to prevent different Chinese apps. This includes Chinese telecom organizations. These will not be allowed to access sensitive information on American businesses and citizens.

Pompeo’s announcement came after the president of the United States threatened to completely ban TikTok. The increasingly popular video-sharing app has recently come under lots of criticism from the President Trump administration and US policymakers over security concerns amidst intensified tensions between China and the United States.

With parent companies that are based in Beijing, apps like WeChat and TikTok and others are substantial threats to the sensitive information about American people. This includes the Chinese Communist Party (CCP) content censorship.

In an interview with the state news agency, Wang Yi, who is the Chinese foreign minister stated that the US does not have any right to create a clean network and called the actions by the united states as a case of bullying.

Wang further stated that any person could clearly see that the intention of the United States is to protect their monopoly position with regards to technology and a strategy they intend to use to rob other nations of their right to significant development.

As of now, TikTok has a deadline of upto 15th September to either sell their US operations to Microsoft or get banned from operating in the United States, President Trump’s Demand for US To Get A Piece of Microsoft TikTok Deal Might Result in Legal Action.

As the United States prepares for the November elections, the USA – China relations are at their lost form in many years. The relations between these two countries is highly strained, especially by the current COVID-19 pandemic and Beijing’s setting camp in the south china sea, not to mention the increased issues with regard to the mistreatment of Uighur Muslims and controlling Hong Kong as well as China’s technology rivalry and massive trade surpluses.

The US secretary of state said that they were working around the clock to prevent the Chinese telecoms company Huawei Technologies from pre-installing or being able to download the most popular United States apps on their phones.

Pompeo stated that they do not want US companies to be involved in Huawei’s alleged human rights abuses of the Chinese Communist Party surveillance instruments.