Top and The Best Windows VPS For Forex Trading 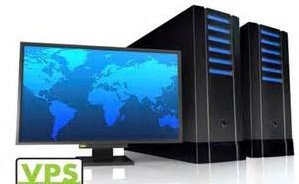 There are several advantages of using a Forex VPS with MetaTrader Expert Advisors (EAs). The biggest benefit is that a VPS enables traders to execute orders at high speeds, which is essential for the best performance of EAs. In addition, a high quality VPS offers ultralow latency to the fx brokers.

Another advantage is that a VPS allows traders to always maintain an uninterrupted connection to the markets. A number of VPS providers are out there in the market and the systems offered by all of them may not be the same. Here are some tips to help trader to identify best forex VPS providers.

The virtualization technology employed by the VPS provider is the first aspect to be checked by the traders when shortlisting a few best forex VPS providers. Several different technologies such as Hyper-V, Xen, Virtuozzo and Open VZ, among others, are available now. More information about these technologies is included later on in the article.

It is a known fact that some VPS providers place limits on the number of platform instances that can be run. It is important that traders choose a VPS provider that permits them to run unlimited instances of MT4 as well as other platforms. Put in simple terms, the VPS chosen by traders should not be limited to one particular broker or institution. The VPS should allow a trader to run multiple accounts as well as EAs.

The speed of execution of orders is referred to as latency. Speed is the crux of forex trading and a high latency VPS has the potential to change a profitable trade into one that loses a lot of money. Genuine VPS providers often allow clients to choose a VPS from several locations around the world.

It goes without saying that security offered by the VPS is one of the key features that traders should check. It should come as a standard feature with the account. It is always a good idea to look for VPS providers who also offer DDoS protection.

Traders won’t be able to make money if the VPS goes offline frequently. Therefore, they should choose a VPS that offers at least 99.99 percent Service-Level Agreement (SLA) based up-time. Further, the SLA should have a clause for paying compensation if the VPS provider does not meet the uptime commitment.

The VPS provider that traders want to work with should make available customer support services throughout the trading hours. This is because it is difficult to predict when traders would need customer support.

Companies that offer high quality VPS services generally ensure a speed of 1 Gbps and sufficient bandwidth so that the traders EAs continue to run 24/7.

Virtuozzo, a proprietary operating system-level virtualization product, was created by Parallels, Inc. for both Linux and Windows. Parallels’ Virtuozzo Containers create multiple isolated containers, which are also referred to as Virtual Private Servers (VPSs) or Virtual Environments (VEs), on one physical server.

Parallels’ Virtuozzo applies the virtualization technology at the operating system level and not at the hardware level as is the case with other Virtual Machine (VM) products. This enables the hardware, systems management effort and software licenses (at times) among different workloads. Each container behaves as though it is a stand-alone server.

However, this may not be the optimal virtualization technology for forex trading purposes. This is because the traders may not get optimal performance if the provider oversells the VPS.

This container-based virtualization technology is commonly used for Linux. It creates multiple isolated containers on one server to enable better utilization and prevent conflict between applications. Each container operates as a stand-alone server, has root access and can be independently rebooted. OpenVZ is better suited when it comes to forex trading.

This is a free virtual machine software for architectures such as IA-32, IA-64, x86-64 and PowerPC 970. Xen makes use of a type of virtualization referred to as paravirtualization on most CPUs. This means that the guest operating system should be modified for use as a special hypercall ABI rather than just changing certain architectural features. Further, modifications have been contributed by Intel to Xen in order to provide support for the company’s VT-x (formerly known as Vanderpool) architecture extensions. Similarly, AMD has also contributed modifications to Xen in order to support their AMD-V extensions. As Xen requires Kernel modifications in order to run it, this virtualization technology is not recommended for forex trading purposes.

The Hyper-V VPS virtualization technology from Microsoft, a hypervisor-based technology, does not only ensure true hardware Virtualization, but also very high levels of isolation from other virtual machines on the same physical server. Users can forget about or stop worrying about interruptions to their services being while running other services that are resource intensive on the same box if they choose to use this latest virtualization technology forex trading purposes. This is to say that this is the best forex VPS choice because of the highest level of isolation offered by the technology.

These are some of the key factors that traders should consider when choosing the best forex VPS for MetaTrader 4 Expert Advisors to work with. A VPS provider should never be chosen on the basis of price alone. Traders may be able to save a little bit of money by deciding to work with a cheap VPS provider, but it can cost them a great deal lot of money if the downtime is higher. This is because the EAs deployed by them may not be able to execute any orders. Finally, it is worth investing some time and effort in identifying the right forex VPS provider as traders stand to gain in the longer term.