The Turkish lira is cratering to a record low against the US dollar to finish the trading week. The emerging-market currency is plummeting after the central bank cut interest rates, despite skyrocketing inflation. Is this the death knell for the lira, or can the USD/TRY currency pair recover in the final few months of 2021?

On Thursday, Turkey’s central bank reduced its one-week reverse repurchasing rate by 100 basis points to 18% during the September monetary policy meeting. The market had anticipated that policymakers would leave its benchmark interest rate unchanged at 19% due to the efficacy of fiscal stimulus efforts and surging inflation rates.

Sahap Kavcioglu, who became central bank governor in March after his predecessor was terminated, insisted that the higher consumer price index (CPI) was transitory amid supply constraints and the reopening of the economy. The institution added that domestic economic activity had remained strong in the third quarter, supported by external demand and increasing vaccination rates.

Financial experts are calling it “a crazy, a ridiculous move.”

“Inflation is high and rising so there’s no justification for this except politics,” noted Tim Ash, an emerging markets strategist at BlueBay Asset Management, in an interview with the Financial Times. “Erdogan’s gambling with the lira because he’s losing popularity and is desperate to get the economy moving. This isn’t a proper central bank, it’s Erdogan’s fiefdom.” 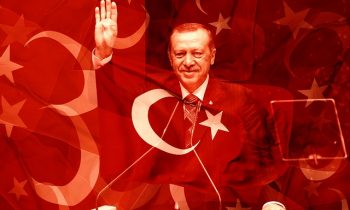 In other economic data, foreign exchange reserves climbed to their highest levels since the beginning of 2020. The central bank’s forex reserves totaled $81.42 billion in the week ending September 17, up from $79.66 billion in the previous week.

Moreover, the consumer confidence index rose to 79.7 this month, while business confidence slipped to 113.4 in September. Capacity utilization rose to 78.1%, and tourist arrivals advanced 119.4% year-over-year in August.

The next key reports will be the Istanbul Chamber of Industry manufacturing purchasing managers’ index (PMI) and the CPI and producer price index (PPI) readings.