Turkish Lira Rebounds Against US Dollar, Euro After Sharp Selloff

The Turkish lira is rebounding against the US dollar and the euro during the quiet holiday Thanksgiving trading session, adding to its 6% rally on Wednesday. The lira had been in freefall after the central bank cut interest rates, despite skyrocketing double-digit inflation. Is the steep selloff over?

The Monetary Policy Committee (MPC) released the summary from this month’s policy meeting. The central bank agreed that the effects of supply-side components and other economic aspects will contribute to upward pricing pressures, which are anticipated to persist in the first half of 2022.

Ankara added that it will consider additional mechanisms to combat these factors to support the post-pandemic economy.

President Recep Tayyip Erdogan has described the unconventional monetary policy as an “economic war of independence,” suggesting that his government’s measures will support economic growth and help the country’s low- and middle-income population. 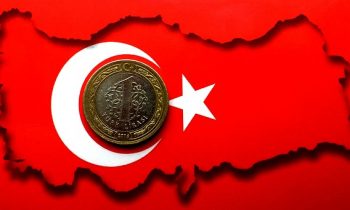 A lot of the nation’s monetary policy decisions have perturbed market analysts, going as far as calling it “insane.” But have investors regained confidence in the lira? Not quite.

Many financial experts contend that the currency maintains a history of rebounds after substantial declines.

“History shows the lira tends to rebound from sharp sell-offs once the situation stops deteriorating — even if conditions aren’t improving,” said Nick Stadtmiller from Medley Global Advisors. “But the medium-term trend for the lira will remain to the downside as long as monetary policy is too loose and officials are unwilling to undertake structural adjustments.”