Union Pacific Corporation (NYSE:UNP) stock rose 2.74% (As on Jan 21, 11:55:36 AM UTC-4, Source: Google Finance) after the company posted better than expected results for the fourth quarter of FY 21. The company’s bottom line came in at $1.71 billion, compared with $1.38 billion, in last year’s fourth quarter. Operating ratio at the largest U.S. railroad operator by market value improved to 57.4% from 61% a year earlier. However, overall volume shipped during the quarter fell 4% as supply chain disruptions hit automotive and intermodal freight. During the fourth quarter, Quarterly freight car velocity of 197 daily miles per car, a 12% decline, Quarterly locomotive productivity was 129 gross ton-miles (GTMs) per horsepower day, a 9% decline, average maximum train length was 9,319 feet, a 2% increase, quarterly workforce productivity was 1,046 car miles per employee, a 1% improvement and Fuel consumption rate, measured in gallons of fuel per thousand GTMs, was flat. 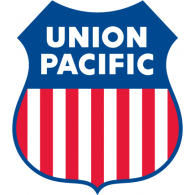 Additionally, Union Pacific generated cash from operating activities for FY21 of $9.03 billion, compared to $8.54 billion a year ago. Free cash flow was $3.52 billion. The company repurchased 5.8 million shares in the quarter at an aggregate cost of $1.4 billion.

On the other hand, Union Pacific Corp said COVID-19 cases among its staff and paid time off for people getting inoculated may hurt its ability to move freight in the current quarter, but that impact should still be less than the 4% slump in volume in the previous quarter.