The US dollar recorded a modest gain against its major currency rivals as financial markets were trading relatively flat at the opening bell on Thursday. Despite some easing in recent weeks, the buck is still one of the top-performing currencies in global forex markets. For now, it is about the data and Federal Reserve Chair Jerome Powell’s upcoming testimony.

According to the Bureau of Labor Statistics (BLS), initial jobless claims dipped by 2,000 to 229,000 in the week ending June 18. This was slightly higher than the market forecast of 227,000.

But market experts are looking at the four-week moving average, which removes week-to-week volatility, advanced to 223,500. This metric has risen every week since the beginning of April, suggesting that the labor market could be cooling off.

On the housing front, mortgage applications rose 4.2% in the week ending June 17, while the 30-year mortgage rate climbed to 5.98%, according to the Mortgage Bankers Association (MBA).

All eyes will be on Fed Chair Powell’s testimony in Congress on Thursday. Markets paid close attention to his appearance on Capitol Hill where he conceded that a recession is possible, but that is not the intention of the Eccles Building.

“At the Fed, we understand the hardship high inflation is causing. We are strongly committed to bringing inflation back down, and we are moving expeditiously to do so,” the Fed chief said in remarks for the Senate Banking Committee. “We have both the tools we need and the resolve it will take to restore price stability on behalf of American families and businesses.” 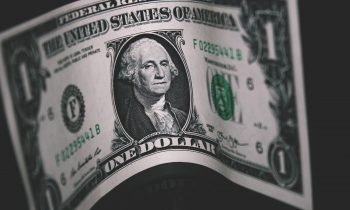