US Dollar Index (DXY) Flirts With 111.00 Ahead of Fed Rate Decision

The US dollar continued to strengthen against its major currency rivals as the Federal Reserve’s tightening campaign is supporting the greenback in foreign exchange markets. The buck has enjoyed terrific gains and it is bound to maintain its strength as the central bank plans to raise interest rates for the rest of the year. But the question on everybody’s mind is: By how much?

The two-day Federal Open Market Committee (FOMC) policy meeting for September concludes on Wednesday. The central bank is widely anticipated to pull the trigger on a 75-basis-point rate hike, leading to expectations that it will raise rates by 50 basis points in November and 25 basis points in December.

But many market observers note that it might not be so much how the Fed reacts to the higher-than-expected consumer price index (CPI) report in August, but rather what officials will be saying.

Bonds were relatively flat in the middle with the trading week, with investors taking a wait-and-see approach. The benchmark ten-year Treasury yield shed two basis points to 3.553%. The one-year bill added 1.6 basis points to 4.054%, while the 30-year bond slipped 1.8 basis points to 3.563%. The recession-indicating spread between the two- and ten-year yields widened to -44 basis points.

On the data front, the US housing market weakened in August as existing home sales tumbled 0.4% to 4.8 million units, although this was better than what the market had anticipated. 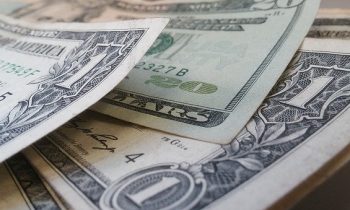 Housing demand did improve as mortgage applications rose 3.8% for the week ending September 16, according to the Mortgage Bankers Association (MBA). The 30-year mortgage rate widened to 6.25%.