The US dollar is struggling for direction on Thursday after the latest data show that the inflation rate surged to its highest level in 13 years in May. Investors are also combing through the latest initial jobless claims data that came in higher than the market had anticipated. Is this the beginning of a volatile summer for the US economy?

According to the Bureau of Labor Statistics (BLS), the annual inflation rate advanced to 5% in May, up from 4.2% in April. Economists had anticipated a rate of 4.7%. This is the highest inflation reading since September 2008, buoyed by a combination of rising commodity prices, fiscal and monetary expansion, and higher wages.

Will this be enough for the Federal Reserve and the White House to start being concerned? Treasury Secretary Janet Yellen recently changed her opinion on inflation, warning that it would seep into 2021. 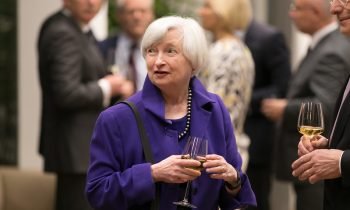 In other economic data, the number of Americans filing for unemployment benefits totaled 376,000 in the week ending June 5, coming in higher than the estimate of 370,000. Continuing jobless claims fell just short of 3.5 million, while the four-week average, which removes week-to-week volatility, topped 402,000.