The US dollar is weakening toward the end of the trading week as the safe-haven asset failed to join the rally in the broader financial markets. The greenback has been easing in recent sessions, with soaring inflation and mixed economic data in focus.

According to the Bureau of Labor Statistics (BLS), the number of Americans filing for unemployment benefits totaled 293,000 in the week ending October 9, falling below 300,000 for the first time since below the coronavirus pandemic.

Despite the bullish nature of the initial jobless claims report, there are still concerns that too many Americans have exited the labor market. Plus, there are still six million fewer jobs today than before the COVID-19 public health crisis.

Producer prices were elevated again in September. The producer price index (PPI) climbed 8.6% year-over-year in September, up from 8.3% in August. Wholesale inflation was below the median estimate of 8.7%. This comes after the annual US inflation rate stayed red hot at 5.4%.

The core PPI, which strips the volatile energy and food sectors, edged higher at an annualized basis to 6.8% last month. 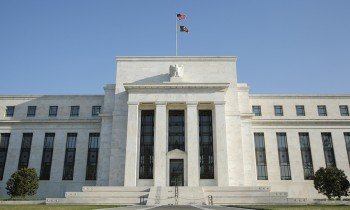 Meanwhile, the Federal Reserve released the minutes from the September Federal Open Market Committee (FOMC) policy meeting. The minutes indicated that officials thought the central bank was close to reach its economic objectives, suggesting that the institution could soon slash the pace of its $120-billion-a-month quantitative easing program.