US Presidential Election And Its Impact On Stock Markets

The Presidential election in the United States of America due to be held next month is causing a great deal of anxiety among people, especially the stock market investors. Many of them want to know as to what they should do with their equity portfolio. This is because they feel that the outcome of the election will have a great impact on their investments. Another question commonly asked by most investors is whether it makes sense get out of the market, when there is a chance, before either Hillary Clinton or Donald Trump gets elected as the new president of the United States of America. The prevalence of this kind of a thinking among people can be attributed to the feeling that irrespective of whether Trump or Clinton gets elected to the top position the country’s economy will be negatively impacted. 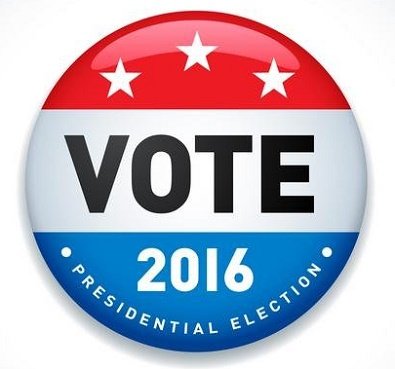 Money collides with power every four years in the US at the intersection of Pennsylvania Avenue and Wall Street. Though it is true that the US president cannot legislate veto bear or bull markets, historians have always crunched numbers in an effort to assess the returns from investments in stocks and speculated on the impact of politics on the prices of stocks. Some historians are of the opinion that stock markets perform better under Republican presidents. This is not at all true. According to the Stock Trader’s Almanac, the Dow Jones Industrials have always recorded bigger average returns whenever the Democratic have gained control over the White House during election cycles after the end of the Second World War.

In the 2008 presidential election, the contest between Republican John McCain and Democrat Barack Obama was intense, especially because of the fragile state of world’s largest economy then. As a result of the credit crisis, both the candidates projected the economy as the focus point of their campaigns. Here is what some of the research studies on the impact of presidential election on stock markets have revealed:

In 2008, LPL Financial chief strategist Jeffrey Kleintop said that stocks have a tendency to perform better during periods of legislative gridlock, wherein the opposition party offsets presidential power and controls the Congress. Though Obama won the elections, Democrats could not gain control over 60 Senate votes required for absolute majority and pushing through their agenda. The president has a say on foreign policy as well as trade, but the Senate decides on taxes, business laws and other issues that affect the financial sectors and investors.

As noted by Ned Davis Research in “Presidential Cycle,” the S&P 500 has always posted the weakest returns in the first year of any four-year election cycle. Data from 1900 onwards shows that stocks have registered gains of just 3.4 percent, on average, in the year after the election compared to 4.0 percent gains during the mid-term years, 11.3 percent gains in the pre-election years and 9.5 percent in the election years.

Rick Kahler, president, Kahler Financial Group, Rapid City who has addressed the same concerns of people during other presidential elections over the last 35 years as an investment advisor, said that people tend to think that if the candidate they do not like is elected as the president, then it is disastrous not only for the markets but also for their portfolio.

He provides some insight as to whether people could take some precautionary measures to protect their retirement from suffering a disaster on the election day. According to him, he is not making any changes to the investment portfolio in preparation for the worst outcome of the US elections. He advises that others also do the same. This is because he believes that the US stock market and a diversified portfolio will not be impacted in the longer term whether Trump or Clinton wins the elections. He is of the opinion that there is no past evidence to suggest that it is otherwise.

He expects most investment and financial advisors to agree with him in this regard and says that an article in Financial Planning by Michelle Zhou that advisers are seeking liquidity for retirement plans because of election jitters. He is of the firm opinion that this is not true at all.

The magazine reportedly talked to 320 advisors as to how the outcome of the U.S. presidential election will impact retirement planning and what actions would they suggest now. Kahler emphasizes that the question is focused on retirement portfolios that are inherently long-term investments. He says the question should have been as to how the stock market could be handled immediately before and after the election.

He noted that most advisors believe that the impact of the outcome of this election on their portfolios of their clients would be long lasting. He even quotes an advisor who said that that clients are being prepared mentally for prioritizing and taking income-stabilizing precautions for retirement. Another advisor reportedly said that larger cash positions are being built to take advantage when the stock markets test all-time highs and handle the uncertainty related to the future American leader. Some other advisors are reportedly selling equities, halting new investments and putting more money into liquid assets.

Kahler finds this fascinating as the average advisor is enacting thoughts of average clients, which is bailing out when things are looking bright. According to him, this thinking will not do any good for the clients. What was even more surprising to him was the response of the advisors when they were asked as to what would be the impact of the elections on their financial planning practices during the next twelve months. Six out of the 10 advisors felt that the impact of the outcome of the elections on their businesses would be moderate to high.

He noted that the question did not clearly specify as to whether the impact of the outcome of the presidential elections would be positive or negative. Therefore, he said that he assumes that they are expecting it to be positive.

In conclusion, he says that the nature of the presidential election this year is definitely unprecedented and it is not surprising to note that the sentiments of investors are more intense than normal. This, however, does not necessarily mean that their fears are more valid compared to other elections. He reiterates that the best of election-proofing people’s investment portfolios is to leave them alone.