U.S stock futures are slightly higher but not too far from the 0 levels before the opening bell. Traders and investors are monitoring the inversion of yield which signals the incoming recession. From the Eurozone, UK Boris Johnson signalled he will suspend parliament before Brexit date. The action will put the oppositions in a tight time-limit to pass laws to block Brexit without a deal. (the UK will leave Eurozone on October 31)

On the trade situation, the U.S and China trade war will see no end yet as both countries ready to impose tariffs on each other On September 1. 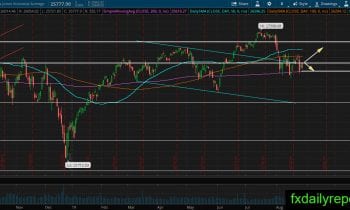 DJIA rejected from 26,000 handles yesterday. The index might test daily SMA 200 today and wait for the next direction. Not much clue yet for the next index direction. Traders could assume the index will continue its consolidation between SMA 200 and 100 for now. 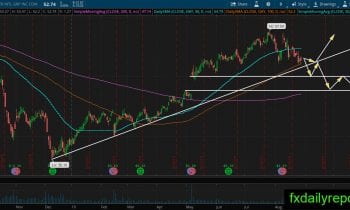 AIG bearish correction reached its daily SMA 100 where there is support trendline present. The share prices are testing both support levels and waiting for further reactions. A breakout below the support levels will trigger sell-off toward $50.00 handle and daily SMA 200.

If a breakout happens then we expect the share prices will target SMA 200 this year. 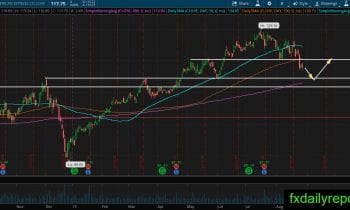 The flip level at $120.00 could not help the share prices bounce upward. At the current time, AXP fell below $120.00 and the daily SMA 100. It is expected to continue the bearish movement toward daily SMA 200. We could see a flip area which will act as a support level when the share prices reach it. Traders could prepare for long positions when there are bullish reactions.