The Chinese yuan recorded a modest gain against the greenback during Asian trading as the world’s second-largest economy posted higher inflation rates. Could Beijing, which had been relatively immune to soaring prices, finally come face to face with rampant inflation? The early data is mixed and could be rough to determine for another couple of months.

According to the National Bureau of Statistics (NBS), the annual Chinese inflation rate climbed to 2.7% in July, up from 2.5% in June. This represented the fastest increase in consumer prices in two years, driven by rising food costs. The consumer price index (CPI) boost was also the fifth straight monthly jump.

On a month-over-month basis, the inflation rate advanced 0.5% last month, up from 0% in the previous month.

Beijing has established a 3% CPI target for this year, unchanged from 2021.

Meanwhile, the producer price index (PPI) eased to a 17-month low of 4.2% year-over-year in July, down from the 6.1% gain in June. NBS data found that a drop in raw material costs and easing means of production helped the PPI, which was offset by an increase in consumer goods. 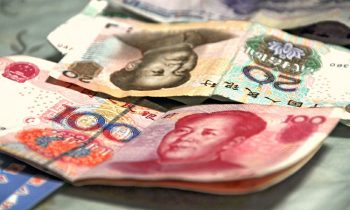 The PPI fell 1.3% month-over-month in July. However, China’s factory gate prices soared 7.2% in the first seven months of 2022.

The Chinese inflation data came before the US is set to release its CPI data. Market estimates suggest that the US annual inflation rate will come down to 8.7% in July, but the core inflation rate, which excludes the volatile food and energy sectors, will rise to 6.1%.

Meanwhile, other crucial data for the Chinese economy will be released this week, including vehicle sales, industrial production, retail sales, and credit growth.