The Chinese yuan is testing its lowest level in about two weeks on Monday as fresh tensions between Washington and Beijing weighed on the currency. Despite foreign exchange markets sending signals that they think President-Elect Joe Biden will be softer on China – a boon for the yuan – traders are still concerned about the latest developments in Sino-US relations. Very little data will be released this week, making the focus on geopolitical news.

Reuters is reporting that the White House considering moves that would limit 89 Chinese aerospace and other firms from acquiring a long list of US goods and technology, according to a draft copy of the list of firms seen by the newswire. This measure could throw a wrench in negotiations surrounding a second phase of trade negotiations.

Biden and his transition team have not been clear as to how they would grapple with the world’s second-largest economy. Whether Biden would reduce tarrifs or not remains to be seen, but the broader financial markets agree that bilateral relations would coninue to play an important factor for both the Chinese economy and the yuan.

In recent months, the yuan’s upward trajectory has been driven by China’s economic recovery and push for the currency’s internationalization. 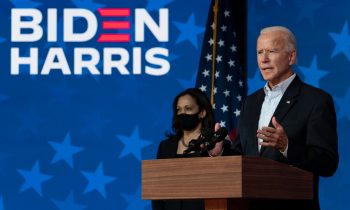 The yuan has received additional support on the People’s Bank of China (PBoC) indicating that it is not interested in reining in the currency’s strength. But that does not mean there will not be any consolidation for the yuan against multiple peers.

The PBoC, meanwhile, is in the beginning phase of tapering its emergency support for various fiscal stimulus and relief programs. The decision comes as a growing number of state-linked firms have been defaulting, triggering deep consternation in credit markets.

David Qu, the China economist at Bloomberg Economics, said in a statement:

China’s financial risks remain manageable despite some recent cases of default by state-owned enterprises and the following sell-off in the domestic corporate debt market, with the risks not spreading to other markets so far. We think the latest events by themselves won’t shift the People’s Bank of China’s planned path of reducing the scale of stimulus in the coming months.

The central bank has been injecting tens of billions of dollars of liquidity every week into the financial system this year, making the sector reliant on these weekly money pumps to survive.