The Turkish lira hit another fresh record low against the US dollar to kick off the trading week. The lira had been hammered again after the central bank cut interest rates more than expected, in addition to disappointing economic data and geopolitical tensions. Is the 10.00 threshold the next step for the currency?

The lira took a beating after President Recep Tayyip Erdogan threatened US and other foreign diplomats with “persona non grata” over calls for the release of Turkish philanthropist Osman Kavala from prison.

“If Erdogan’s threat is carried out it would trigger the worst crisis between Turkey and the Western world since the AKP got into power in 2002,” Teneo co-president Wolfango Piccoli wrote Monday.

On the data front, in October, the manufacturing confidence index fell by 3.8 points to 109.6, the lowest monthly reading since February. This is also way below the nine-year high of 114.8 that was recorded this past summer.

Business sentiment has fallen because expectations for output, total employment, and export orders turned bearish for the next three months.

Meanwhile, the general business situation index decreased from 98.7 to 91.7, while the measurement for fixed investment expenditures rose from 123.1 to 126.9.

The central bank has been the main source of the lira’s collapse. After President Recep Tayyip Erodgan terminated his third central bank chief in a year this past spring, foreign investors have turned increasingly bearish on both the lira and the economy. Everything they thought would happen has happened. 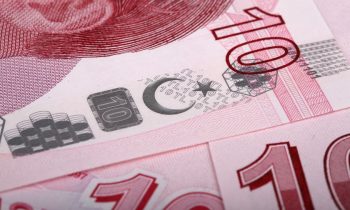 During this month’s policy powwow, the central bank cut the benchmark one-week repo rate by 200 basis points to 16%, which is much more than the median estimate of 50 basis points. This was the second rate cut in about a month.