The Turkish lira held steady on Thursday after the central bank left interest rates unchanged, despite soaring inflation and the rest of the world tightening monetary policy. The lira has been one of the worst-performing currencies in 2022, although it is not terrible as it was in 2021.

Ankara kept the benchmark one-week repo rate at 14% at its June policy meeting. The market had widely anticipated that officials would leave rates unchanged. The overnight lending rate and overnight borrowing rate were the same at 15.5% and 12.5%, respectively.

Turkey has yet to cut rates this year.

According to the central bank, leaders essentially conceded that they would weather the storm of higher prices amid supply shocks and influential commodity costs. The country is reeling with an annual inflation rate of 73.5%, the highest since 1998.

That said, Ankara is optimistic that a disinflationary process would begin soon as peace conditions could come to fruition and the base effects of inflation could be eliminated.

Still, the central bank plans to base its decision on data, predictability, and transparency.

Economists are doubtful that Turkey can sustain its present crop of policies.

“I can’t even imagine where we will end up if current policies continue for another 12 months,” said Hakan Kara, the former chief economist of Turkey’s central bank, in an interview with Bloomberg. “If we go on like this, we can’t come out of this situation without foreign support.” 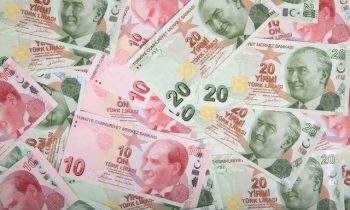 In other data, foreign exchange reserves fell below $60 billion for the first time since July 2021, declining to $59.45 billion in the week ending June 17.

Consumer confidence weakened to 63.4 in June, down from 67.6 in May. Tourist arrivals soared 308% year-over-year last month.

For the rest of the month, business confidence, capacity utilization, economic confidence, and trade data will be released.

The lira is down more than 30% against the greenback.