The Turkish lira weakened again, despite the central bank leaving interest rates intact. The lira has slumped against the US dollar so far this year, but it is on track for a weekly gain. If the regime in Ankara refrain from additional easing, can the lira be resuscitated?

Central bank officials voted to leave its benchmark one-week repo rate unchanged at 14% on Thursday, meeting the market estimate. The institution also left its overnight lending and borrow rates the same at 15.5% and 12.5%, respectively.

This is the first time that Ankara has chosen not to slash rates. Since September, the group has cut interest rates by 500 basis points, crashing the lira and intensifying inflationary pressures.

However, Ankara insists that the country is about to embark upon a period of disinflation. At the same time, market analysts observe that President Recep Tayyip Erdogan and his regime are adopting a wait-and-see approach on the foreign exchange deposit front as the government guaranteed household savings amid growing FX risk.

Overall, the institution plans to reassess its policy guidance “to create a foundation for sustainable price stability.” But it also aims to revive the lira’s value. 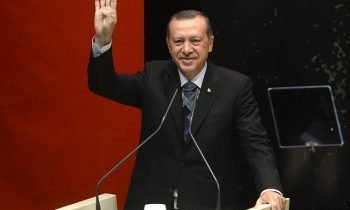 Foreign exchange reserves declined to $70.7 billion in the week ending January 14, down from $70.99 billion in the previous week. This is the fifth consecutive week that forex reserves have been below the $80 billion mark.

“All in all, given the latest hikes in electricity, gasoline and natural gas prices, inflation will likely remain under pressure in the near term and well above the latest reading until late 2022. We expect some moderation into year-end, also reflecting large base effects, though there is higher-than-usual forecast uncertainty. So the inflation outlook and recent decline in CBT reserves will not leave any room for further policy easing in the near term, in our view,” wrote Muhammet Mercan, the chief economist of Turkey at ING Think, in a note.