Why Manulife Financial Corporation (NYSE: MFC) stock is under pressure

Manulife Financial Corporation (NYSE: MFC) stock fell over 1% in the pre-market session of Feb 13th, 2020 (Source: Google finance) after the company missed analyst estimates, as declining sales in Japan offset growth elsewhere. The company is taking steps to transform the overall organization, including aiming to free up $5 billion in capital by 2022. As well, last June, MFC announced that it was cutting about 700 jobs as part of a plan to streamline and digitize its customer service operations. The company has reported net income attributed to shareholders of $1.2 billion in 4Q19, which is an increase of $0.6 billion compared with 4Q18, mainly due to $0.3 billion higher investment-related experience and a lower charge of $0.3 billion related to the direct impact of markets. The company has achieved core earnings of $1.5 billion in 4Q19, an increase of 10% compared with 4Q18, mainly due to in-force and new business growth in the U.S., Hong Kong and Asia Other, growth in Global Wealth and Asset Management and the non-recurrence of market losses on seed money investments in our surplus portfolio, partially offset by unfavorable policyholder experience in Canada and the U.S., lower new business volumes in Japan and the impact on earnings of actions on legacy businesses. The company has reported annualized premium equivalent (“APE”) sales of $1.5 billion in 4Q19, which is an increase of 1% compared with 4Q18. 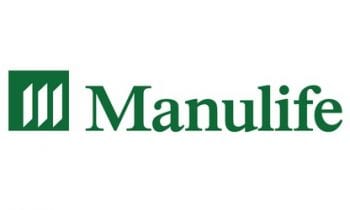 Additionally, MFC has increased the dividend by 12%, which will increase the payout by three cents per share to 28 cents, payable on or after March 19 to shareholders of record on Feb. 25.