Kymera Therapeutics Inc (NASDAQ: KYMR) stock fell 6.92% to $30.51, though it is trading post-IPO range of $25.43 to $37.74. Morgan Stanley started it as Equal Weight, BofA Securities started it as Neutral and Cowen started it as Outperform. The company had already booked $9 million in collaboration revenue for the 12 months ended June 30, 2020. It had raised more than $173 million, had announced a public price of $20 per share and become 48th biotech IPO. That’s upsized from an initial range of $16 to $18 per share, and would give the company a market value worth of $900 million. 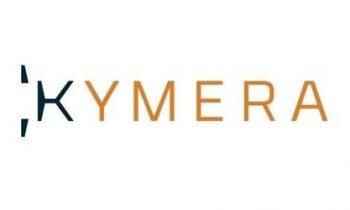 The company has been at or near the forefront of protein degradation R&D, and has joined other pioneers C4 Therapeutics, Arvinas and Nurix. KYMR has marched forward steadily since then, nabbing $102 million in a Series C back in March and agreeing to a collaboration with Sanofi in July potentially worth more than $2 billion. The firm is focusing research on a trio of lead programs designed to degrade IRAK4, IRAKIMiD and STAT3, respectively. IRAK4 was the star of the Sanofi pact, which is a target that sits downstream of one of the most validated pathways in innate immunity, referring to where the IL-1 cytokine family and toll-like receptor signaling converges.

The funds raised from its IPO are anticipated to fund the development of not only the IRAK4 program, dubbed KT-474, but the other lead studies through the end of Phase I. The company projects to file its first IND for KT-474 sometime in the first half of 2021, with filings for the other two coming later in the year. KYMR intends to become the second biotech to bring a protein degradation program into the clinic, after Arvinas’ protein degrader, an androgen receptor-targeting drug for prostate cancer, reached human testing in 2019. Nurix and C4 Therapeutics have not begun any clinical studies yet either, though the duo have inked collaborations with Gilead and Roche, respectively.

Meanwhile, the protein degradation of the competitors has focused mainly on cancers, while Kymera has branched out into inflammatory and autoimmune diseases, as well as fibrosis. The company profiled about 600 E3 ligases with its platform, attracting both Sanofi and Vertex to sign collaboration deals.