CENTRAL PUERTO S A/S ADR (NYSE: CEPU) stock lost over 5.82% on 13th August, 2019 (As of 11:04 am GMT-4 ; Source: Google finance) after the surprise election result. Argentinians went to the polls yesterday, with many voicing their displeasure over the policies of President Mauricio Macri. As a result, he lost the primary election by a wider-than-expected margin. That outcome sent shockwaves across the country’s financial sector since it increases the odds that he won’t win re-election in October. Macri won only 32.1% of the vote, badly trailing Alberto Fernandez, who teamed up with former president Cristina Fernandez de Kirchner as his running mate. The market interpreted Macri’s defeat as a clear sign that that country intends to reject his government’s business-friendly economic policies this October. That stoked fears that the country’s economy, which is already in a recession, might worsen.

Further, the unexpected election result also weighed on the country’s currency, the peso, which lost 25% of its value compared to the U.S. dollar. Because of that, bond prices in the country fell, which caused yields to rise. These factors weighed on the shares of Argentina-based companies. The foreign exchange fluctuation, for example, hurts because these companies record revenue and earnings in pesos, which are now worth much less. Meanwhile, the increase in interest rates will likely make it more expensive for these companies to borrow money. With the outcome now in doubt, the market is repricing the potential for greater economic turbulence in the coming year. A further weakening of the economy would impact demand and prices for electricity and natural gas, hurting utilities like Central Puerto, Pampa Energia, and Transportadora de Gas del Sur. 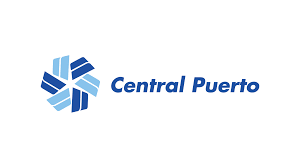 On the other hand, 2Q2019 energy generation increased 4% to 3,256 GWh, as compared to 3,145 GWh during the same period of 2018, mainly due to a 16% increase in thermal generation, and the energy generation from wind farms Achiras and La Castellana which started operation during the 3Q2018, partially offset by a 36% decrease in energy generation from hydro units. during 3Q2018, La Castellana I (99 MW) and Achiras I (48 MW) wind farms commenced their commercial operations. During 2Q2019 these plants generated and sold, under the RenovAr Program, a total of 147 GWh. As a reference, domestic energy generation decreased 9.1% during the 2Q2019, compared to the 2Q2018, according to data from CAMMESA. During 2Q2019, machine availability of thermal units reached 92%, compared to 79% in 2Q2018. The company for the second quarter 2019 has reported the Consolidated Net income and Net income for shareholders of Central Puerto, were Ps. 1.35 billion and Ps. 1.16 billion respectively.