Groupon Inc Common Stock (NASDAQ: GRPN) stock plunged 12.07% on September 14th, 2020 (Source: Google finance) after the company provided an update about its business on Friday on its transition to a new model in North America. Groupon had previously announced the move when it reported second-quarter results last month. As per the update, the company is changing up how it handles business. That includes shifting away from a primary seller to instead hosting third-party sellers on its website. This change has been in the works for some time now. With the changes to its business, GRPN notes that there will be differences in how it reports earnings. For example, the company will no longer list gross revenue and is instead switching over to net revenue. The company is currently expecting to be mostly done with the process by the end of its third quarter of 2020. The company has already exited its warehouse operations, which will significantly reduce its cost structure. As a result of the changes, Groupon expects consolidated goods revenue in the third quarter to be approximately $155 million. The consensus estimate currently calls for $187 million in goods revenue. GRPN has also noted that the company will begin to transition its international goods business to the same third-party marketplace model starting in the fourth quarter. 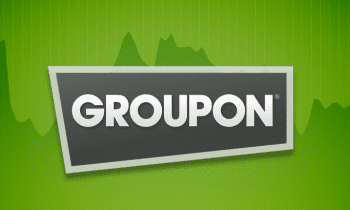