Heron Therapeutics Inc (NASDAQ: HRTX) stock plunged 28.08% on 29th June, 2020 but slightly recovered over 2% on 30th June, 2020 (as of 9:51 am GMT-4; Source: Google finance). The U.S. Food and Drug Administration has once again declined to approve its non-opioid painkiller for post-operative pain and asked for more data. HRTX according to Complete Response Letter (CRL) from the U.S. Food and Drug Administration (FDA) on June 26, 2020 regarding its New Drug Application (NDA) for HTX-011 for the management of postoperative pain, has stated that the FDA is not able to approve the NDA in its present form due to the requirement for additional non-clinical information. Based on the complete review of the NDA, the FDA did not identify any clinical safety or efficacy issues or CMC issues. FDA has pointed out four non-clinical issues, that also includes those relating to some additional ingredients of the treatment HTX-011. Out of which three relate to confirming exposure of excipients in preclinical reproductive toxicology studies, and the fourth is related to changing the manufacturing release specification of the allowable level of an impurity based on animal toxicology coverage. The FDA had previously declined Heron’s application on the back of issues relating to manufacturing at a contract drugmaker’s site, among other things. The company had then resubmitted a new drug application in October last year and a new inspection of the site did not result in any issues. Heron’s treatment has earlier received FDA’s fast track and breakthrough therapy designations. Now the company intends to resolve the non-clinical issues outlined in the CRL with the FDA and resubmitting an NDA as earlier as possible to bring the non-opioid analgesic to the patients. The company said the FDA’s response is not a barrier to approval as all the ingredients have been used in pharmaceuticals before. 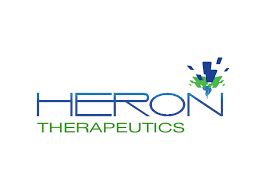