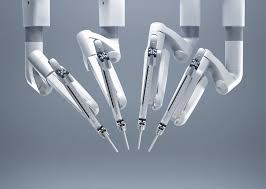 Moreover, with regard to global procedures, Q3 2020 procedures rose 7% compared with Q3 2019. Procedure growth had varied widely by country, like U.S. growth was in the mid-single digits and procedure growth in China’s stood out is particularly strong. It increased approximately 36% compared with last quarter. For the third quarter, the company had installed 195 new systems. This is compared to 275 installs in Q3 2019 and 178 installs in Q2 2020. Year-over-year install base growth was 8% at the end of Q3 after accounting for trade-ins. The company has expanded the installed base of da Vinci systems over the last year by 8% to about 5,865 systems. This growth rate is compared to 9% in the last quarter and 13% last year. Utilization of clinical systems in the field measured by procedures per system fell by approximately 2% compared with last year and increased 33% compared with last quarter.

In addition, the Company shipped 195 da Vinci Surgical Systems, which reflects a decrease of 29% compared with 275 in the third quarter of 2019. The Company grew its da Vinci Surgical System installed base to 5,865 systems as of September 30, 2020, which reflects an increase of 8% compared with 5,406 as of the end of the third quarter of 2019.