The company announced the issue of convertible senior notes due 2025 of at least $225 million worth in a private offering. These are debt that are convertible into shares on maturity interest will be payable semi-annually in arrears. This issue will be offered to qualified institutional buyers according to Rule 144A under the Securities Act of 1933. Livent also anticipates to grant the initial purchasers of the Green Notes a 13-day option to purchase up to an additional $33.75 million aggregate principal amount of the Green Notes. The Green Notes will also be convertible into cash, shares of LTHM’s common stock, or a combination thereof, at Livent’s election. The interest rate, conversion rate and other terms of the Green Notes will get be determined upon pricing of the Offering. The company will use the funds raised from this issue to refinance the existing “eligible green projects,” made to align with the provisions of the International Capital Market Association Green Bond Principles 2018, by repaying amounts outstanding under its revolving credit facility. The company plans to allocate any remaining net proceeds from the Offering to eligible green projects within two years of the date of issuance of the Green Notes. Certain of the initial purchasers and their affiliates are lenders or agents under the revolving credit facility and therefore will get a portion of the net proceeds of the offer. 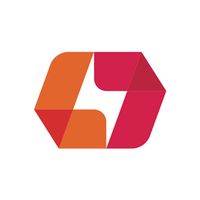 However, the company at present has about $227 million in debt, net of its cash on hand. By adding $225 million (or $258.75 million) in new debt would seem like it should double the company’s debt load, and expected to hurt the company’s chances of surviving a recession.

Meanwhile, the financing with terms and conditions of the issue are tied to ESG principles, is a current growing trend in debt and equity financing related to mineral production. The company operates as a vertically integrated lithium producer which extracts lithium from brine from the Salar del Hombre Muerto in Argentina. The company’s strategy is focused to supply lithium hydroxide and lithium carbonate to the electric vehicle battery market. The company had made the production of 21,348 tonnes of lithium hydroxide and 16,785t of lithium carbonate in 2019. The company said at the start of the year it projected 30% volume growth in 2020.