Neogen Corporation (NASDAQ: NEOG) stock fell over 1.8% on 25th March, 2020 (as of 9:50 am GMT-4; Source: Google finance) as the company posted lower than expected results for the third quarter of FY 20. The company has reported third quarter net income of $12,200,000, as compared to the prior year’s $13,073,000. The company has recently acquired the distributors in Argentina and Uruguay, which reflect the strong belief that the Southern Cone of South America, with its large beef and dairy populations, holds significant growth potential for the company. 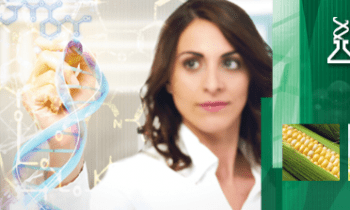 The revenues for the company’s Food Safety segment fell 1% during the third quarter compared to the prior year quarter. The sales of the company’s general sanitation products, including its AccuPoint Advanced product line, rose 5% in the third quarter of the 2020 fiscal year, compared to the prior year. The sales of Neogen’s rapid diagnostic tests to detect natural toxins rose by 4% in the quarter, the company’s food allergen product line also posted the growth of 4%. These increases had partially offset a significant decline in sales of drug residue test kits as Neogen ended its exclusive relationship with its distributor of dairy antibiotic tests in Europe during the third quarter, and the loss of forensic kit sales in Brazil, due to a large customer switching to an alternative technology platform.

Moreover, Neogen’s European operations revenues grew 5%, due to growth in disinfectants to fight the spread of COVID-19 and African swine fever, higher sales of food allergen tests, and equipment sales. Neogen Latinoamerica’s revenues rose 15%, on the back of their diagnostics product portfolio and a large rodenticide order in Mexico. China’s revenues for the current quarter rose 38%, mainly due to increased sales of Neogen’s disinfectant products to combat the spread of COVID-19 in the country. The revenues from the company’s Brazilian operations fell by 16%, as revenues continue to be adversely affected due to the loss of sales of forensic test kits formerly used to test the nation’s truck drivers.