Northwest Bancshares, Inc. (NASDAQ: NWBI) stock fell 3.40% on January 27th, but recovered on January 28th, 2020 rising over 0.5% on 28th January, 2020 (As of  9:50 am GMT-5 ; Source: Google finance) as the company posted mixed results for the mixed results for the fourth quarter of FY 19. The fourth quarter was negatively impacted due to a loan loss provision for a recently classified C&I loan, costs associated with litigation settlements as well as a continued decline in net interest margin as expected. Net interest income rose by $2.1 million, or 2.4%, to $88.9 million for the quarter ended December 31, 2019, from $86.8 million for the quarter ended December 31, 2018, mainly due to a $5.4 million, or 5.8%, increase in interest income on loans receivable.  This increase was mainly due to an increase of $734.0 million, or 9.2%, in the average balance of loans. The Company’s net interest margin fell to 3.73% for the quarter ended December 31, 2019 from 3.94% for the same quarter last year. 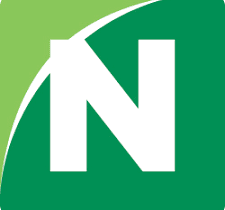 Meanwhile, the company has reported 4.9% increase in the Net income for the year ended December 31, 2019 to $110.4 million. The annualized returns on average shareholders’ equity and average assets for the FY 19 were 8.36% and 1.07% compared to 8.61% and 1.11% for the prior year.  This increase in net income was due to an increase in net interest income after provision of $19.5 million, or 6.1%, and an increase in noninterest income of $7.7 million, or 8.4%.  These increases were partially offset due to an increase in noninterest expense of $20.0 million, or 7.2%. The additional expense is due to the added cost of UCB operations, that includes an additional compensation costs, additional processing costs associated with our new commercial and residential mortgage platforms as well as increased online banking usage fees, and the acquisition costs related with the UCB conversion in March 2019 and the initial costs incurred for the pending MutualFirst Financial, Inc. acquisition projected to close in the second quarter of 2020.

Additionally, NWBI has declared a quarterly cash dividend of $0.19 per share payable on February 14, 2020 to shareholders of record as of February 6, 2020, which represents a 5.6% increase over the prior year.