PVH Corp (NYSE: PVH) stock fell 13.31% on April 1st, 2020 (Source: Google finance) after the company reported a fourth-quarter net loss of $68.5 million compared to net income of $158.7 million, in the year-ago period. The company said earnings per share were affected negatively by 25 cents because of additional inventory reserves due to the onset of the coronavirus pandemic. The Company has ended 2019 with cash of $503 million and its inventory levels were down 7% compared to the prior year. Further, The company’s fourth quarter of 2019 results include the two acquisitions that closed in the second quarter of 2019. The first was the Company’s acquisition of the about 78% interest in Gazal Corporation Limited that it did not already own. 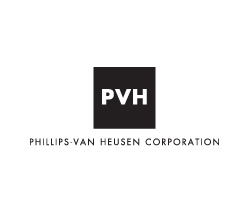 For the first quarter, analysts projected adjusted earnings to be of $1.16 a share and sales of $1.94 billion. PVH said that it was not issuing guidance due to the COVID-19 pandemic and that its first quarter and full-year results will be hurt by the outbreak. PVH has halted stock buybacks, suspending its dividend beginning in the second quarter, reducing capital expenditures and eliminating discretionary spending. The company also said it was drawing down $750 million of its over $1 billion revolving credit facility.

In addition, the company has signed a definitive agreement on January 9, 2020 to sell its Speedo North America business to Pentland Group PLC, which is the parent company of the Speedo brand, for $170 million in cash, subject to a working capital adjustment. The sale is anticipated to close in the first quarter of 2020.