Rite Aid Corporation (NYSE: RAD) stock surged 26.57% on June 25th, 2020 but fell over 4.5% on 26th June, 2020 (as of 11:30 am GMT-4; Source: Google finance). The company’s net loss narrowed to $63.54 million in the first quarter of FY 21from a loss of $99.7 million in the year-ago period. The company posted better than expected results for the first quarter of FY 21. The improvement in net loss was on back of a LIFO credit in the current year compared to a LIFO charge in the prior year, an income tax benefit in the current year compared to income tax expense in the prior year, and lower restructuring-related costs, which was partially offset by intangible asset impairment charges relating to the rebranding of the Pharmacy Services Segment to its new brand name, Elixir. The company has withdrawn its fiscal 2021 guidance issued in March, due to the uncertainties about the potential impact of the COVID-19 pandemic. However, the company is anticipating to generate positive free cash flow during fiscal 2021. The company currently has liquidity of approximately $1.7 billion, comprising of availability to borrow under the secured revolving credit facility of about $1.52 billion and cash on hand of about $180 million. 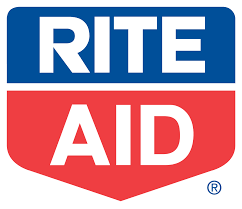