Stryker Corporation (NYSE: SYK) stock lost over 1.9% on 30th October, 2019 (as of 12:23 pm GMT-4; Source: Google finance) post third quarter of FY 19 output. Organic net sales grew 8.6% in the third quarter, that includes 9.3% from increased unit volume partially offset by 0.7% from lower prices. The pricing in the third quarter was unfavorable 0.7% from the prior year, while foreign currency had an unfavorable 0.9% impact on sales. International sales grew on the back of emerging markets, Europe, Japan and Canada. 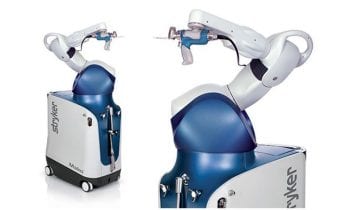 During the fourth quarter, the company had acquired Mobius Imaging, which is a leader in point-of-care imaging technology along with its sister company Cardan Robotics for an all-cash transaction for $370 million upfront and up to $130 million of contingent payments tied to development and commercial milestones. After this deal Stryker Spine gets the immediate entry into the intra-operative Imaging segment as well as aligning with Stryker’s implant and navigation offering.