The Western Union Company (NYSE: WU) stock fell 0.21% after the company posted lower than expected results for the fourth quarter of FY 19. During the fourth quarter, Consumer-to-Consumer (C2C) revenues, which represented 86% of total Company revenue in the quarter, were flat on a reported basis, or increased 1% constant currency, while transactions fell by 1%. Digital money transfer revenues grew 24% on a reported basis, or 25% constant currency, in the quarter including westernunion.com and third-party white label digital services. 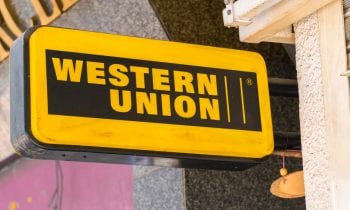 WU in the fourth quarter of FY 19 has reported the adjusted earnings per share of 38 cents, beating the analysts’ estimates for the adjusted earnings per share of 43 cents, according to the Zacks Consensus Estimate. The fall in both GAAP and adjusted earnings per share was mainly due to a higher effective tax rate, the impact of the divestiture of the Speedpay and Paymap businesses in May of 2019, and higher marketing investment compared to the prior year period, which was partially offset by fewer shares outstanding. The company had reported 7 percent decline in the adjusted revenue to $1.31 billion in the fourth quarter of FY 19, missing the analysts’ estimates for revenue by 1%. The strengthening of the dollar against the Argentine peso had negatively affected the reported revenue by about 2% in the quarter, while the effects of inflation on the Company’s Argentina-based businesses are projected to have positively impacted revenue by approximately 1%. The company’s adjusted operating margin in the quarter fell to 18.7% compared to 19.9% in the prior year period. The decrease in adjusted operating margin was mainly due to the higher marketing investment and the Speedpay divestiture.

Additionally, the company has increased its quarterly dividend by 13% to $0.225 per common share, which will be payable March 31, 2020 to shareholders of record at the close of business on March 17, 2020. The Company had returned $149 million to shareholders in the fourth quarter, consisting of $65 million in share repurchases and $84 million of dividends.