Rite Aid Corporation (NYSE: RAD) stock surged 17.36% on December 17th, 2020 (Source: Google finance) after the company posted significantly better earnings compared to the estimates for the third quarter of FY 21. For the third quarter, the company reported net income from continuing operations of $4.3 million compared to $52.29 million in the same quarter a year ago.

RAD in the third quarter of FY 21 has reported the adjusted earnings per share of 40 cents, beating the analysts’ estimates for the adjusted loss per share of 1 cents, according to the Zacks Consensus Estimate. The company had reported the adjusted revenue growth of 12 percent to $6.12 billion in the third quarter of FY 21, beating the analysts’ estimates for revenue by 4.63%. The revenue is driven by growth in both retail pharmacy and pharmacy services segments. Adjusted EBITDA from continuing operations has fallen to $137.4 million, or 2.3 percent of revenues, compared to last year’s third quarter Adjusted EBITDA of $158.1 million, or 2.9 percent of revenues. 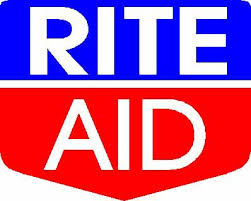 Meanwhile, the company has narrowed 2021 outlook, as the benefits from initiatives to drive retail sales growth, was offset by the impact of a less severe cough, cold and flu season on front end over-the-counter sales and related prescriptions. There will be a reduction in Medicare Part D membership beginning January 1, strong expense control across both the Retail Pharmacy and Pharmacy Services segments, offset by additional retail operating expenses caused by the recent increase in COVID-19 cases across many of our markets and continued improvements in pharmacy network management at Elixir.