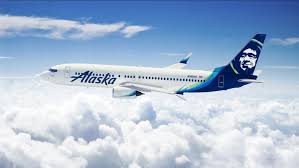 As per the analyst Daniel McKenzie of Seaport Global Securities, the Network and cost restructuring that they estimate leave ALK about 20% smaller by summer 2021 are enough to drive a small full year profit that they project will be ~20% higher vs. the consensus outlook. McKenzie thinks ALK share gains at key hubs, a recently implemented basic economy product and a new alliance with AAL all position it for a strong financial recovery once demand normalizes. For those that can look ahead 2-4 years, normalized profitability is expected to be about $6/share, which implies a stock price closer to $60-$70, hence there is longer-term attractiveness of the story.

Further, the stock rose as data from the Transportation Security Administration showed that an average of 738,038 people went through TSA travel security checkpoints each day for the week ended Sept. 13. This is above the 715,145 daily average of the previous week, which includes most of the Labor Day holiday weekend, which tends to see a boost in travel demand. Last week’s daily average was also the highest since the week ended March 22, and is well above the post-COVID-19 pandemic low of 97,799 for the week ended April 19. The gain in the daily average the past two weeks comes after the average fell for two-straight weeks during the second half of August.

Meanwhile, ALK fell 1% in premarket trade Wednesday, after the regional carrier said it expects third-quarter capacity to be down about 55% from the year-earlier period as the coronavirus pandemic continues to weigh. The company expects September revenue to be down in the range of 70% to 75%, after a 72% decline in August. It projects its passenger load factor to come to the range of 40% to 45%, after 46% in August. It expects available seat miles to be down about 50% after being down 51% in September. The company’s cash burn is projected to total about $150 million in September, after $80 million in August. The carrier had about $3.6 billion in cash as of September 8. With users in 180 countries and soaring revenues, it’s set to thrive on remote working long after the pandemic ends. No wonder it recently offered a stunning $600 million stock buy-back plan.