The firm’s second quarter revenue rose to MXN252 million, while EBITDA rose 5.9% yoy to MXN82.6 billion. Operating profit rose 10.5% yoy to MXN40.9 billion while net profit reached MXN20 billion during the second quarter, after allowing for financing costs of MXN11 billion, which were 6.3% lower than in the year-earlier quarter. Net profit rose 40% yoy to MXN0.30 per share and $0.26 per ADR. The firm’s Seating segment, won 450,000 new Probank clients with every operation porting and increasing clients, except for Telekom Austria. Fixed broadband services revenues rose 7.3%, with less mature fixed-line operations, including those in Ecuador, Peru, Argentina and Costa Rica performing well, with the pace of growth picking up speed. However, service revenues fell 2.1% in Mexico as mobile service revenues falling from 10% growth pace in the first quarter. 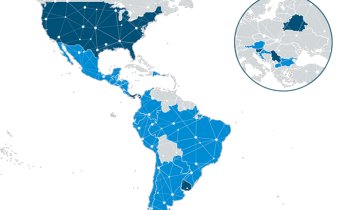 Postpaid revenues in Brazil witnessed a 11.8% rise on yearly quarter. There has been deceleration in mobile revenue growth. In Mexico the group has more than 50% of the service revenue in prepaid and 40% on postpaid. In Brazil, the firm has only 20%, 25% of their revenues are prepaid while the rest in postpaid. In Brazil, postpaid in the first quarter, revenues were growing 15% on a year-over-year basis. The group’s Latin America margins improved from a better service revenue. The firm is also moving a lot more to the digital, while cutting expenses.

The firm’s net debt totaled MXN765 billion during the second quarter of 2020, which is a rise as compared to MXN677 billion at the close of 2019.  The firm also cut its net debt by MXN8.3 billion in the six months to June.