What is driving Capital One Financial Corp. (NYSE: COF) stock

Capital One Financial Corp. (NYSE: COF) stock rose over 3.8% on 24th April, 2020 (As of 11:12 am GMT-4 ; Source: Google finance) post better than estimated first quarter of 2020. The adoption of CECL has increased the allowance by $2.8 billion as of January 1, 2020, which is in line with previously communicated expectations. The first quarter allowance build consists of $2.2 billion in card, approximately $600 million in auto and approximately $700 million in commercial. The company has modeled several economic scenarios and then has added some judgmental overlays in determining the allowance. The most heavily weighted of these economic scenarios included a sharp increase to a peak unemployment during Q2 2020 of 9.5%, after by an improvement into 2021. Moreover, the coverage ratio in domestic card has more than doubled since December 31 to about 9%. The US branded card coverage ratio was 10.1%. The difference between these ratios is on back of loss-sharing agreements in the partnerships portfolio where the company only allows for the portion of the estimated losses. The auto coverage now stood at 3.4%, which is over 2 times the coverage at year-end. And commercial reserve coverage has also doubled to almost 2%, mainly due to oil and gas. 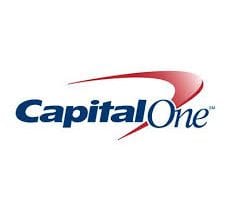 Capital One has lost $1.3 billion in the first quarter versus a profit $1.4 billion in the first quarter of 2019. Due to the economic disruption and uncertainty caused by COVID-19, the company has withdrawn the 2020 guidance and the efficiency ratio guidance, including the guidance of annual operating efficiency ratio of 42% in 2021. The company’s preliminary average liquidity coverage ratio during the first quarter stood at 145%, which is up from 141% at year-end and well above the 100% regulatory requirement. At the end of the quarter, the company had total liquidity reserves from cash, securities and Federal Home Loan Bank capacity of $106 billion, including about $25 billion in cash.