KB Financial Group, Inc. (NYSE: KB) stock rose over 2% (as of 11:32 am GMT-4; Source: Google finance).  The company’s net profit fell 12.6 percent to in the first quarter from a year earlier on the back of the losses from its derivatives segment driven by market volatility caused by the coronavirus pandemic and lower net-interest margins. The company posted the net profit for the quarter ended March 31 of 738.94 billion Korean won ($598.8 million) compared to KRW845.93 billion a year earlier, which is up 36.4 percent from the previous quarter. Revenue during the first quarter grew 56% on year to KRW19.273 trillion, while the operating profit fell by 10% on year to KRW1.039 billion but rose 34.4 percent on quarter. 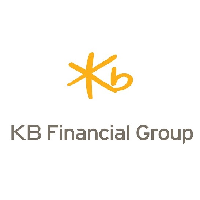 The company’s net interest margin (NIM), has contracted by 4 basis points to 1.84 percent from the previous quarter driven by higher yields from credit card assets. Non-performing loan ratio, which shows its financial soundness, was 0.50 percent in the first quarter, which has slightly improved from 0.49 percent three months ago.

Meanwhile, the group’s flagship KB Kookmin Bank has reported 35.6% rise in net profit to 586.3 billion won on quarter and 2.36 percent on year. Its NIM was 1.56 percent, contracted by 5 basis points from the previous quarter on the back of decline in market rates and loan conversion program. KB Securities has reported the net loss of 14.7 billion won in the first quarter, which has swung from profit of 48.2 billion won three months ago and 82.3 billion won a year earlier. The losses were mainly on the back of negative valuation adjustment for funds related to problematic Lime Asset Management and loss reserves.