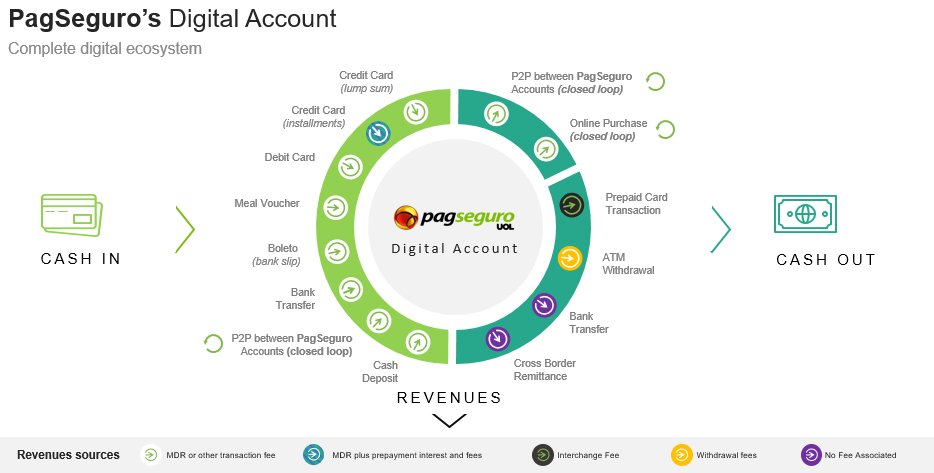 Moreover, the company ended the quarter with 9.4 million active unique users, which means active merchants, active PagBank consumers and online buyers using our wallets that did at least one single transaction in the past 12 months. Our TPV reached BRL26.8 billion, up 59% year-over-year, closing the quarter with 4.7 million active merchants, adding 1.2 million when compared to the second quarter 2018.

PAGS’ average spending per merchant in Q2 2019 reached BRL5,900, up 15% year over year. The company believe the adoption of additional features through the digital account will be translated into higher stickiness and more transactions. The goal is to be the merchants’ final money destination. These figures reinforce, not only that we are in the right path with a broad ecosystem, but also our execution capability.

Now moving to PagBank, we had 2.5 million downloads in the quarter. The customer average balance grew 58% year-over-year, pointing that over time, the active users see PAGS as their final money destination. the company also ended the quarter with 1.4 million PagBank active users, which means merchants, online buyers and consumers adopting, at least, one additional product or feature beyond acquiring services, considering at least one transaction in the last twelve months.

PAGS had 58% increase in digital accounts average balance year-over-year, reflecting the higher adoption and usage of the new products. And according to internal survey with our clients, 94% of the users would hire products and services offered by PagBank. Additionally, the company ended the quarter with over 2.5 million downloads, growing almost 200% year-over-year and 75 million logins on PagBank app during the quarter, a record in our history.

For the lending product, PAGS Capital, the company is gradually scaling the product to the best merchants, eligible according to their account history, TPV behavior and payment frequency. Since the beginning of the operations in May 2018, the company has reached 26,000 lending contracts. In Q2 2019, the company had 14 times more contracts than what the company had in Q4 2018 and ended with a total credit portfolio net of losses of BRL132 million.