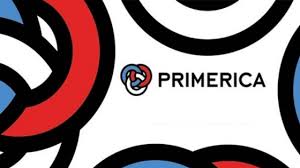 Investment and Savings Products Revenues of $182.7 million during the fourth quarter grew 11% compared to the same quarter in 2018 on the back of an increase in sales and higher average client asset values

Additionally, the company has authorized to repurchase of up to $300 million of its common stock through June 30, 2021 and approved an 18% increase in stockholder dividends to $0.40 per share, which will be payable on March 16, 2020, to stockholders of record on February 24, 2020. The Company expects to repurchase $250 million of its common stock during 2020. During the fourth quarter of 2019, the Company had repurchased 347,832 shares of common stock for $44 million, bringing the year-to-date total to $225 million. Primerica has a strong balance sheet and continues to be well-capitalized to meet future needs. Primerica Life Insurance Company’s statutory risk-based capital (RBC) ratio was projected to be about 440% as of December 31, 2019.