Peloton Interactive Inc (NASDAQ: PTON) stock fell over 8% in the pre-market session of Feb 6th, 2020 (as of 8:12 am GMT-5 ; Source: Google finance) post the second quarter of FY 20. The company posted Q2 Adjusted EBITDA loss of $(28.4) million representing an Adjusted EBITDA margin of (6.1)% compared to (5.6)% in the same period last year. Connected Fitness Products gross profit grew 63% year-over-year to $154.5 million in Q2. The Connected Fitness Products gross margin was 40.5%, which reflects a 230 basis point decline compared to last year, mainly due to a mix shift to Tread deliveries, which currently has a lower gross margin than the Bikes, and continued investments in the logistics platform to support the growth. 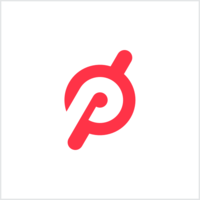 PTON in the second quarter of FY 20 has reported the adjusted loss per share of 20 cents, while adjusted revenue growth of 77 percent to $466.3 million in the second quarter of FY 20. Connected Fitness Product revenue grew 72% year-over-year to $381.1 million, representing 82% of total revenue. Subscription revenue grew 107% year-over-year to $77.1 million in Q2, formed 17% of total revenue. The increase in subscription revenue was due to strong growth in the Connected Fitness Subscriber base grew 96% to reach 712,005 by the end of Q2. The company posted the gross profit of $197.1 million in Q2 representing 77% year-over- year growth. Gross margin for the quarter was steady year-over- year at 42.3%.