Apogee Enterprises Inc (NASDAQ: APOG) stock plunged 20.37% on December 19th, 2019 (Source: Google finance) after the company posted lower than expected results for the third quarter of FY 20 and lowered the guidance for FY 20. Till year-to-date, cash provided by operating activities has decreased to $53.6 million, compared to $70.6 million in the same period last year. This decrease is due to increased working capital related to legacy EFCO projects, as disclosed in previous quarters. Capital expenditures through the first nine months of the fiscal year have increased to $41.2 million, compared to $33.9 million in the prior year period, as the company continued to make investments in growth and productivity improvement initiatives. Fiscal year-to-date, the company has returned $33.8 million of cash to shareholders through share repurchases and dividend payments. During the third quarter, the company has reduced its total debt by $21.5 million to $251 million, compared to $273 million at the end of the second quarter of fiscal 2020. 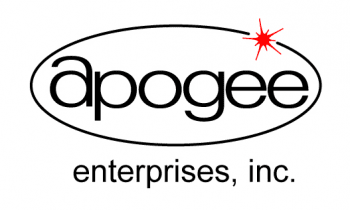 Additionally, the company has made significant progress in identifying procurement cost savings. For this, the company has begun moving to a centralized procurement model that better leverages the organization’s scale and drives synergies in its supply chain. In addition, the company has initiated actions to improve operational performance and reduce costs in the Architectural Framing Systems segment.

Meanwhile, APOG has announced the planned retirement of James S. Porter, which is the company’s Executive Vice President and Chief Financial Officer, after serving for 22 year career with the company.

For fiscal 2020, the company has lowered its guidance on the back of lower than expected sales volumes in Architectural Framing Systems and Architectural Glass, along with the operational difficulties in Architectural Framing Systems in the third quarter and continued impact in the fourth quarter. For fiscal 2020, the company expects revenue to be flat to down 1 percent, compared to previous forecast of 1 to 3 percent growth. Diluted earnings per share is expected to be in the range of $2.15 to $2.30, compared to previous guidance of $3.00 to $3.20 per share. Full-year tax rate is expected to be of approximately 24.5 percent. Capital expenditures is expected to be of approximately $55 million, compared to previous guidance of $60 to $65 million.