Arconic Inc (NYSE: ARNC) stock plunged 56.91% on 2nd April, 2020 (Source: Google finance) after the company officially split into two companies, Arconic Corp. and Howmet Aerospace Inc. Moreover, for the fourth quarter 2020, revenue fell 2% to $3.4 billion, with organic revenue up 1% year over year. The company has reported the net income excluding special items of $234 million versus $162 million, in the fourth quarter 2018. The company’s cash balance stood at $1.7 billion at the end of fourth quarter. 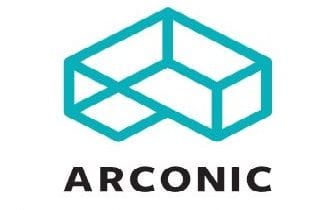 John Plant, previously the CEO of Arconic Inc., and Tolga Oal, previously president of Arconic’s engineered structures business unit, took over as co-CEOs of Howmet Aerospace Inc. Howmet Aerospace Inc. will have in its portfolio engine components, fastening systems, engineered structures and forged aluminum wheels. The company has started trading under the ticker HWM on the New York Stock Exchange Wednesday as a standalone company.

In 2019, the businesses of Howmet Aerospace had delivered revenue of more than $7 billion in, up 5% from the prior year, with more than 70 percent of Howmet’s revenue is from the aerospace market.

For the first quarter 2020, the company expects earnings per share excluding special items to be in the range of $0.47-$0.53.

For the full year, the company has generated cash provided from operations of $406 million and adjusted Free Cash Flow of $815 million, or $870 million excluding separation costs