Chewy Inc (NYSE: CHWY) stock fell over 4.9% on April 3rd, 2020 (As of 10:55 am GMT-; Source: Google finance) after the company posted mixed results for the fourth quarter of FY 19. The company reported a fourth-quarter net loss of $60.9 million, compared to a net loss of $66.3 million, in the year-ago period. The company is projecting its shop-at-home business prove “resilient” amid the COVID-19 pandemic and that its supply chain related to food and treats, which amounts to 70% of the company’s sales, is sourced “almost exclusively in the U.S.” The company has also implemented additional cleaning and sanitizing measures at its facilities and has thus far not reported confirmed COVID-19 cases. Chewy said that its customers have engaged in stockpiling behavior and have increased purchases of pet necessities such as food and have moved buying online. The company said behavior began to change in February, cautioned that trends may change and did not issue full-year guidance. 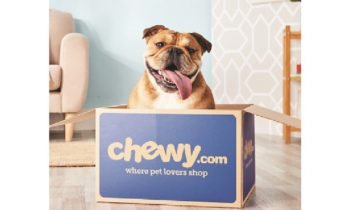 Further, the company has cautioned that delivery times are running considerably longer than usual on food and supplies with many customers waiting between seven and 10 days for their orders to arrive. The company is anticipating a “healthy mix of both” new and existing customers placing orders with 13.5 million active users in the fourth quarter.

CHWY in the fourth quarter of FY 19 has reported the adjusted loss per share of 4 cents, beating the analysts’ estimates for the adjusted loss per share of 17 cents, according to Zacks Investment Research. The company had reported the adjusted revenue growth of 35 percent to $1.35 billion in the fourth quarter of FY 19, which is in line with the analysts’ estimates for revenue of $1.35 billion. The company saw a 6.3% increase in the number of active customers in the fourth quarter compared to the third quarter. The average spending per customer was $360. In the reported results for Q4 and full year fiscal 2018, there is an extra week that contributed $82.9 million in additional net sales, which included $49.1 million of Autoship customer sales.