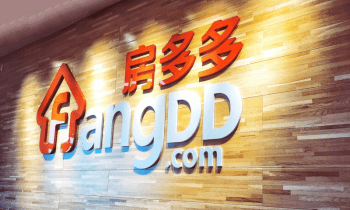 Meanwhile, the company has reported the revenue of $132.6 million in the trimester through September, at a 72% increase from the same period last year, driven by the strong growth of the Company’s base commission revenues from transactions. Net income rose 205% to $11.2 million, or 14 cents per fully-diluted American depositary share. In the third quarter, Fangdd’s number of active agents on its platform grew 26% year-over-year to 226,800. The number of agents who have completed closed loop transactions on Fangdd’s marketplace rose 135% to 20,700 and closed-loop GMV on FangDD.com was up 75%, at $7.2 billion worth of transactions.

For the fourth quarter, the company expects to generate revenue in the range of between 900 million yuan to 950 million yuan.