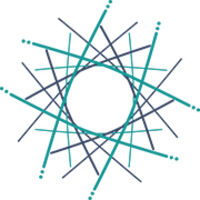 Meanwhile, in China, the company and their partner AstraZeneca achieved roxadustat inclusion in the National Reimbursement Drug list, which is an important milestone to accelerate market adoption and coverage. The initial starting of hospital listings and demand are encouraging. In Japan, the company’s partner Astellas received approval and launched roxadustat, which has the trade name Evrenzo in anemia, in dialysis-dependent CKD patients and submitted a supplemental NDA for the non-dialysis indication in this past January. In Europe, the company and the partner Astellas intends to the upcoming submission of roxadustat for treatment of dialysis and non-dialysis-dependent CKD anemia in the second quarter of this year.

Moreover, in the US, the company continues to support the FDA’s review of the NDA and anticipate to get approval before the end of the year. There has been no indication at this time the FDA will hold an advisory committee meeting, but the company is preparing for it. To optimize the business success in the US, the company and its partner AstraZeneca continue commercialization preparation to pave the way for roxadustat to become accessible to patients.

Furthermore, in the fourth quarter 2019, the company has reported the net product revenues of $1.1 million for roxadustat sales in China. In addition in the fourth quarter 2019, the company has also recorded a reduction of $36.3 million for commercial API delivered to Astellas in 2018 prior to approval and the establishment of the listed price in Japan. In addition, the company has recognized a total of $180 million comprised of $50 million for an projected milestone from AstraZeneca related to the filing of the US NDA and $130 million in anticipated milestones from Astellas in connection with the EU MAA filings